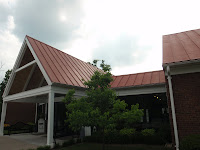 Welcome home. This blog is a collection of military soldiers, veterans and caregivers stories. Our contributors write about living with Military PTSD, MST and TBI in the context of Post-traumatic Growth and trauma telling. It started with the founder Scott Lee, a Gulf War veteran, blogger, freelance writer and advocate for Military PTSD awareness. He battled his feelings of helplessness and started writing to reach out to connect with others.

The passages below are from some of his past articles rich in metaphors and descriptive language to attempt to bridge the gap in understanding.


"Imagine knowing something about yourself more than you know anything, and at the same time knowing how unreal it is. This part of you has such a hold on you, that you cannot for the life of yourself feel its grasp until it is too late, then it has you and you are no longer yourself. Imagine a watery consciousness slipping away and thinking who was that? And, you already know the answer, as it dissipates like smoke on the wind. In that moment of realization comes the instantaneous realization of your being, slipping away" Would You Like to Forget The Biggest Most Influential Part of Your Life?

"There is disconnection between everything human and what has to be done in combat. Imagine being in an unimaginable situation and having to do the unthinkable." Honor The Soldier, Betray The Veteran

"PTSD is not only about personal protection or self preservation but in its essence a mechanism of such endeavors, thus becoming a self-perpetual entity in of itself. Almost as if it has become self-aware and not only will it steer me away from danger, but also away from its own demise; a seemingly serendipitous supra-intelligent guidance of the subconscious."

"Seemingly my senses and body would hijack my mind and I could only be a witness looking out as I reflexively reacted to apparent hostility." A Suggested Guide to PTSD Management, comment section

"That part of us summoned by the heat of anger and the fire of rage and shuts down all thinking and rationalizing to do the deed, the dance of death."

"I was flippant, arrogant and unable to quantify your sarcastic attempts to inform me of your slighted facade." Facades do clash

"A small combat squad that has experienced several fire fights develops a sense of oneness with each other, they have become one organism through the forging process of fight or flight." Soldiers in Combat Develop Powerful Attachments to One Another

"Bonding through blood and battle takes the soldier to a whole new level of raw humanism forged through survival and fight or flight defensive mechanisms. The psychology of killing alters the terrain of the mind disabling the rational machinery and enabling the ancient reflexive responsive unconscious." Lower Recruitment Standards Contributing to Military Suicide Rates

"We send our soldiers to war for our freedom and then lock them up when they are broken and of no use anymore." Suggested Guide to Help Your Veteran or Soldier Diagnosed With PTSD and Charged With a Crime

"During times of great turmoil and adversity such as a loved one struggling and succumbing to the ravishing effects of PTSD, this will release devastating effects on the person and sometimes can reap outrageous and deleterious consequences to others." Self Care Contingencies For The Loved Ones of Incarcerated Veterans and Soldiers
By Scott Lee

Email ThisBlogThis!Share to TwitterShare to FacebookShare to Pinterest
Labels: Quote Me, Scott Lee