Importance of an Empathetic Therapist for Chronic Traumatization

Finding a compassionate and empathetic therapist is a must to heal from trauma. 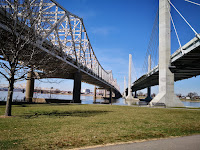 Vets, if we do not develop a connection with our therapist, it’s unlikely we will keep our appointments. If missing an appointment call to cancel, and reschedule, so another vet can take your place.

There is no time frame in healing from war trauma.

We may feel an urgent need to purge, or have a sense of never being able to talk about our experiences. Similar to running distances we need to pace ourselves in therapy so we do not retraumatize ourselves, and return to our old coping habits.

It might take a couple of therapists to find the right one, so it’s important to keep appointments even if your not feeling secure in sharing. If after three or four visits, a rapport is not developed with your mental health practitioner, ask for a Change of Provider form at the counter. 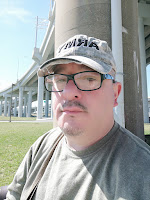 To increase the likelihood of approval, write lack of rapport or connection, and do not feel they can help. It may take up to three months to see another therapist.

Remember, your mental health is important. Keep your appointments, and find the right person to guide you through the process. An empathetic therapist is paramount to healing from trauma.

Our emotional and spiritual centers are damaged, to find our way through the wreckage of our minds, we need a guiding hand. A ‘therapeutic window’ is an empathetic connection between the therapist and client, enabling a safe place for exploration of traumatic memories and events.

Traumatic events shape our lives, and alter the way we process information. Especially chronic traumatization, our symptoms mimic depression, bi-polar disorder, and personality disorders. We can be misdiagnosed by a less knowledgeable and skilled practitioner.

Veterans with chronic trauma need an empathetic practitioner, knowledgeable in the latest treatment modalities to take our emotional hand and guide us through the wreckage of our minds.


It is helpful for therapists to understand the implications of structural dissociation as an undue division of the personality, how it manifests, and how it must be treated. They should strive to understand the importance not only for psychodynamic, relational and behavioral aspects of treatment, but also become proficient in assessing and working with the mental energy and mental levels of patients. Therapists need to analyze survivors’ mental and behavioral actions for adaptively. (The Haunted Self: Structural Dissociation and the Treatment of Chronic Traumatization, van der Hart, Nijenhuis and Steele).

The dissociative features of chronic trauma have a distinct set of emotional states we cycle through distinct from the others, the common symptom such as anger and rage to the less talked about emotional numbing to the different personas that can emerge from trauma states.

Email ThisBlogThis!Share to TwitterShare to FacebookShare to Pinterest
Labels: therapy

Complex PTSD and Out of Body Experiences

Robert Lanza, the author of Biocentrism, is a heralded biologist, and a leading quantum theorist. He posits that we live inside a galactic entity, that all matter contains some amount of consciousness. He also states that when we die our consciousness returns to the proto-consciousness that permeates the cosmos.


In 2007, Lanza published a feature article, “A New Theory of the Universe” in The American Scholar, a leading intellectual journal which has previously published works by Albert Einstein, Margaret Mead, and Carl Sagan, among others. His theory places biology above the other sciences in an attempt to solve one of nature’s biggest puzzles, the theory of everything that other disciplines have been pursuing for the last century. This new view has become known as Biocentrism.

The first time, I traveled the universe as a child during a traumatic event. When I was 5 years old a man raped me. The only memory I have of it was an Angel like being, that took my hand and pulled me out of my body.

From then on, my memory was blocked from remembering what happened. But, I knew something terrible had happened to me. My father had friends that were pedophiles, they would have parties and with all the kids over. Their parents would get drunk, some would chase the kids.

During those parties, I was raped. After, in my mind I became a superhero. I would punch, kick and scream at any adult that came near the kids. When they came running towards me, whoever was following had me challenging them. “I will kill you in your sleep!”  This went on for a couple of years.

At the age of 44 I had a hallucination so vivid, it triggered a psychotic break. My body was forced down from an unseen force. When I was on the floor wondering what the fuck was going on this time, I realized the pressure on my hips felt like giant hands. I started screaming, as the fragmented memories came back. He was in me again.

I have one alter, so far. He is 5 years old and very mischievous. The only time he has taken control of me as an adult that I know of, was at a bar with some friends in a blackout drunk.

I only remembered after my friends explained my actions to me. When they described what I did and said, some of his memories came to the front. It was the childish behavior and thoughts coming to me that allowed me to know his mind. He was separate from me. It was him that was in control of my actions and perceptions that night.

The kernel of my traumatizations is finally revealed.

Fear and Loathing in Iraq

Fear and Loathing in Iraq

We gotta address
the silence,
taking us out.

It’s an honor
to mediate
the psychology
of death.

To witness
an
atrocity
is a
life sentence
of
suicidal thinking.

Driving under
the hump of night,
streaking red lights
across the sky.

Make a living
they said,
a button and bomb
war
you say.

Not by my witness.

On the
ragged edges
of thought deception.
With
canyons
of memories
gone.

Public relations
Downplayed
the ground war.
Oral history
Against
the
idiot box
repeaters.
Sling back
my pain;
hung, slung and sprung
for you.

With a twisted retort
they say,
“...you know,
smart bombs
bursting in air...”
On soldiers
without a chance,
eating bags
of rotten tomatoes
and not enough rice,
or ammo
for a fight.

Keep it in the ground,
or genocide the world.

We
were out of range,
They
were not.
On the edge
of insanity.

Little green men
running around
on fire
in my periscope.

Infantry
guiding our tanks
into place
to fire upon
tomato eaters.

Best path
for a contingent
of
Apache's and Warthogs
strafing,
pinning them down.

So many
lost
to the edge.
An alternative reality
next to you.

Another gurgling
conversation
I'm missing.
They don't want
To hear
why
cluster bombs
are bad.

Private Dumbass
and I were walking
through burned out
hulls.
Got my section covered
when he says,
"Hey, look over here!"

With his leg
cocked back
attacking my eye.
I grabbed him
slamming him
in my sector.

A
shiny can
with
Eight spider legs
sprawling out.

I'd wanna kick it too,
if I were two.
He thanked me
after I said,
"You almost got us
both killed!"

I am a container
of that which splintered
singularly,
forcing the aperture
through which
I find my reality.

We tell a soldier or veteran
of war
Welcome Home
Because
the battle
never leaves us,
as we return
from conflict
every day of our lives.