The other day I was speaking to my friend and editor of the Blue Falcon Journal, Dan Buckman, about incorporating more of my life beyond the PTSD narrative into the blog. After discussing this further with Scott Lee, we've decided to start a new series called "Thriving" that will highlight everything positive in our lives. My part in the series will showcase the hobbies, activities and professional success I enjoy in order to challenge the preconceived notions about people with war's invisible injuries. My hope is that the combination of this series with our more typical posts about confronting PTSD will illustrate that we here at PSTD: A Soldier's Perspective are not solely pessimistic. We take the good with the bad. So in the same month I might post about suicidal idealization, survivor guilt and triggers as well as the hiking, trail running, beer brewing, publishing articles, presenting papers and other crazy things I do to make myself feel worthwhile.

In most cases, people with PTSD did everything right and they still do all they can to be happy, but continue to struggle with a very challenging condition. It is a myth that those who don't suffer are more resilient and that those who have PTSD are less mentally tough. I have certainly pushed myself to longer and tougher physical challenges after suffering PTSD than I have before. I hope that by incorporating all the positive things I do to keep myself happy, and to lead a life worthy of the gift I have in surviving in concurrence with the daily slog that is PTSD and mTBI that it will become apparent that even the best of us struggle and thrive at the same time. If we wait for all of our issues to subside, for all our baggage to disappear, and for our weights to be lifted; then our lives will pass us by before we ever move forward.

My greatest hope is that people struggling will realize that they can still feel joy and happiness even as we suffer from a difficult and painful disorder. We can have great days even when they are filled with triggers, panic attacks and nightmares. We won't be able to shed those issues, but that doesn't prevent us from living our lives to the fullest. The future of PTSD and mTBI is not predetermined, it is what we do that matters. If you think the groups that should help you the most, will provide all the help you need then you obviously don't read the newspaper, or haven't filed any claims. The more we do to make our own lives better the more we will enjoy our lives. We certainly can't sit on our butts waiting for the military and Veterans Administration to get better. It doesn't make it right that we have to do it ourselves, but that doesn't change the fact that we do. Thriving with PTSD and not despite it is ultimately our own choice. A choice that will bring as much pain, and more difficulty, as it does joy, but all meaningful joy comes from effort: PTSD or not.

If anyone reading this has anything great going on in their life please tell us in the comments. If you're on twitter, use the #ThrivingwithPTSD Hashtag whenever you meet with some success, or let me know and I will tweet about it for you.
By Joe 8 comments:

I Feel Both Grateful and Guilty to be Alive: the Both Matters

In June 18th 2005 Lieutenant Noah Harris's Humvee was attacked by a Rocket Propelled Grenade and he died of wounds. Days later one of his Infantry Officer Basic Course classmates, the author of this post, got the news and did not know what to do. He started by running Forest Gump style. He had been out the last night being an infantryman, drinking to hard and staying up too late. Getting shot done by women, and being OK getting told no. The heat seared into his being. He sweat profusely, but he still pushed on until he felt heat cramps. He turned off of the Fort Bragg firebreak and headed home. A Mortar live fire exercise was clearly off target because he had to push it the last two miles because he knew damned well rounds were striking within the minimum safe distance. His body was bone tired but he felt nothing except anger so he slammed some water, threw on a camel back and jumped on his mountain bike. 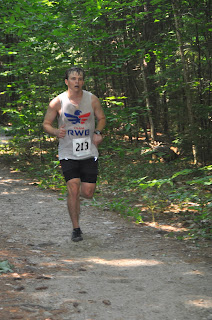 I spent five hours on the trail bitter and angry, pushing on despite a terrible headache and being hung over.  I'd recently survived my first tour of duty, and had shot and RPG gunner- if circumstances were a little different I'd have likely lost my life too. I felt guilty for shooting the gunner when I did, and influencing his miss. Perhaps the serendipity that made me raise my weapon prior the gunner's exposure could have helped Noah. As if some sort of national karma preserved my life, but allowed him to die. I ran because I was angry. I was mad at the world, but mostly at myself. Mad because I'd survived and better soldiers died. I was angry because he had a wife and I didn't.

I've survived so much and I can't for the life of me figure out why. It doesn't seem to be merit, although on occasion it has been. I am proud to have endured so much, but I am also ashamed that I am here and others are not. But like that 1st Lieutenant who lost his friend to an event that he had recently survived, I think that I am mad at myself because I am trying to mourn. It is just hard to when no one else around me is too. The loss of other lives and my survival exist together paradoxically. I can't seem to balance my willingness to trade my life for theirs, with my powerlessness to do so. So I run, angry and in pain, but mostly because that pain is the easiest thing to feel. Its negative, but its how I feel. More importantly, when I push through that pain I am reminded that I can do it. 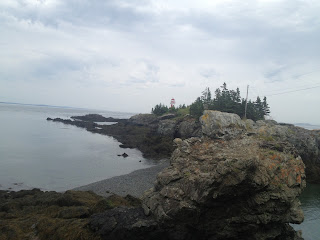 Flash forward to the 23rd of June 2013. I was running on the isthmus off of Quoddy Head State Park (the Eastern most point of the United States) and I could see the mouth of the Bay of Fundy and Lee Brice's "I drive your truck" played. I generally hate all of the MERICA country music because it is so idealistic and it rarely captures the realities of service rather it just glorifies war. But, that song is such a great message about mourning. When I was running in this truly amazing and beautiful place I felt a wash with guilt, gratefulness and mourning. I was doing something truly challenging and in an one of kind place. I was living my life on my own terms the way I always wanted too. I was following my heart and my dreams, and as happy as it made me I felt guilty because of all those I knew who couldn't be there. It was affirming because I felt like I owed them days like this, and I knew that I was leading a life that recognized what I'd survived. Still I was here and they were not: so I was angry.

While most authors would simply describe the positive aspects of this event and place it into a triumphant narrative: I will not. It doesn't capture the conflict and paradoxical nature of both my gratefulness in that moment, but also the guilt I felt for being there and living my life while others can't. A few miles later I realized that I'd forgotten to take my hydration supplements and I started having heat cramps. The medicine I take for PTSD and mTBI dehydrates me at a much faster rate, and an excellent race, at a great pace, and the first without a panic attack in years became the most difficult race of my life. This for some reason felt better, and I felt less guilty. Joy in moments like on the isthmus is always accompanied by suffering, and guilt, so the misery of 18 miles of heat cramps felt more authentic.

More importantly, I was going to finish. I wouldn't die trying, but I could work my nutrition and hydration in a way that would not injure myself again. I'd be miserable, but I could get to the line. When you can find contentment in suffering the word has no prisons. I was hurting, but alive and that felt more natural. It felt right. I got through with my worst marathon time. But, I failed to finish my last 26.2 race, because of panic attacks, so all the exposure therapy seems to be working. The supplements would have helped, but my legs have to work harder now that I am not stopping to rally during panic attacks. It was hard and my worst race, but it happened because my life was moving forward positively. The but matters, because it demonstrates paradox and conflict. Like other vets I get mad when people tell me at least I survived. That is correct, but it is half correct. We survived and we feel guilty for it.

All the physiological steps forward aside it is more important that this weekend demonstrates how much I have grown emotionally. When Noah died all I felt was anger and guilt. Now I feel those things, but I also feel grateful. Feeling grateful to have survived when others didn't used to make me feel even more guilty. In war you see so many people killed, and so many innocent maimed that there is not a funeral service that can help with all that loss. Families take years to recover from the loss of one of their members, and it can take a lifetime to mourn loss on the scale of war. Few join to take lives rather than save them, and coming home when others did not is bitter sweet. Allowing the moments like on the isthmus to represent both gratefulness and grief is important. I for one am lucky to have found strength in suffering this weekend. That suffering made me better and happened because I am getting stronger, both physically and emotionally. I feel both amazing emotionally because of it, but at the same time it is a shame that I could not step in to save all the people who I have loved and lost. I am OK with that paradox, and I just wish society would be too, and let me feel conflicted instead of all the careless and blind thank yous for my service that only serve to pick at an old complicated wound. Maybe say sorry for your loss and thank you at the same time, because that would be more authentic.
By Joe 1 comment: