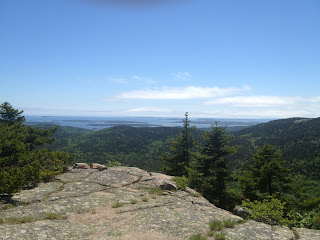 As I have indicated before, I use running to manage my anger, to keep my weight down while taking miztazapine, to help me stay present, and to connect with others who like to push themselves further everyday. Occasionally I am asked to run in order to raise money for a worthy charity and I am compelled to do what I can. Also, it is great to support established charities in order to gain more experience fundraising. I hope I can carry the lessons learned into fundraisers for the The Military Experience and Arts and Team Red, White and Blue in the future. With all the cognitive problems I have with mTBI, I need to practice things a few times before I can get the hang of them and these charities both help worthy causes and teaching me the ropes of fundraising.

In addition to my running I try to hit the trail every weekend with my wife and our dog Darby, because I think making new memories and observing beauty is as valuable as therapy. I used to think you could replace old memories with new ones, but I think that is impossible with trauma. However, getting out on mountains, pushing myself physically and being rewarded with their beautiful summits centers me as well as anything else. Living less than two hours away from Acadia National Park, has made MDI one of the most significant places in my life and for my family. I proposed to my wife on Cadillac Mountain, we were married in Northeast Harbor, and out favorite post hike restaurant knows us by name-it helps to bring a giant Rhodesian Ridgeback every visit.

While it is great that this location is significant for my life and my renegotiation of place following Iraq, it may seem unimportant to others suffering from PTSD, and the family members that support them. Nothing could be further from the truth. My colleague, Tim Garrrity, who works there is exploring a topic vital to our understanding of the difficulties suffered by military spouses. His research explores a spike in women's deaths during the Civil War and popular notions of death as a result of broken hearts. While MDI's population was far to small to justify general claims about military spousal deaths after Civil War it provides local context for a phenomenon that could have occurred more broadly. His small study, if emulated by other scholars, has a lot of potential to broaden our understandings of the difficulties suffered by military spouses. This coupled with the research of Erick Dean Jr, and Diane Miller Sommerville on Nostalgia and Confederate suicides as a forerunners to PTSD has the potential to provide deeper understanding of how trauma affected Civil War actors.

For me it was a no brainer to support this cause. I love local history, I think the exploration of war's affect on the home is as important as its affect on the fighters, I love MDI, I love running, and I love helping out friends when they ask for it. For you it may be harder to justify helping the MDI Historical Society, but history is important and there is such a narrow field of scholars, and a slimmer number of historians, that value the study war's affect on the home. These posts can average over 500 views and if everyone gave a couple of dollars it would reach the society's goal and really make a difference. I know money is tight for vets, but just $2.62 (donate here) from several people will go along way to support such a worthy cause led by a scholar committed to studying women's history in relationship to war. If you can't support it financially share the post with others and maybe others can help. For me I have found that supporting worthy causes reminds me that my life was always committed to service, and that I should not change just because of the burdens caused by previous service. If nothing else find a cause to support and raise some money for it or give it your time and effort. Giving makes you feel good no matter how hard life gets. Sometimes I get so stuck on my own baggage that I forget to do the basic things that bring you the most joy, like charity and helping others.
By Joe 2 comments:

To improve our understanding of TBI in a military cohort by developing a data repository that contains clinical interview, neurobehavioral, neurocognitive, neuroimaging, blood specimen, and sensory/motor data on service members who were injured since October 2001 during deployment to OIF/OEF.

On a small table in my living room sits the Underwood standard typewriter I purchased as a high school senior in 1963 from a fleet of used machines being sold at an auction. Mechanical, black, ridiculously heavy, it's a tool I found you must engage tactilely, pounding the individual keys with fingers, hitting the space bar with thumbs, sending the carriage flying back with a flip of the wrist at the sound of a bell. This Underwood is a key to my stability.

I carried - perhaps lugged is a better word - this monster to college with me and on to graduate school. It traveled with me in my brief Army career. though not, obviously, to Vietnam, though there was a mate there for me to use as an Army correspondent. At my first teaching position, I typed tests, scholarly articles, and drafts of stories I would later write about my military experience. Each finished piece was a material object. The key I pounded levered an inverted piece type up and smacked it onto a ribbon soaked with ink, leaving the shape of a letter on paper flattened against a patten. With my hands I struck the keys in the necessary order to produce words, arranged those words into sentences, shaped the sentences into paragraphs. They all represented ideas, but ideas literally hammered into place by me with the Underwood standard.

When the personal computer became available sometime in the early 1980s, of course, I switched to the new technology. I still had a tendency to bang the keyboard and to reach up to return the carriage; but the speed of editing, the easy of producing (and saving) multiple drafts, the reduced cost of paper (one clean copy at the end) were obvious even to traditionalists. The Underwood was put away in a closet, forgotten for some years.

The machine that had proven necessary to my academic and professional career returned as an objet d'art, something for children and even young adults to inspect next to old pocket watches, a few first editions of hardbound books, memorabilia form my parents' and my own lives. A key to the past, it sits appropriately in a house built in 1905.

When I see my Underwood, I am reminded that writing is a labor to overcome disorder, an effort to gather into one structure disparate, sometimes warring elements of our world and selves. To impose structure on my thoughts, feelings, and desires I have put them into words and those words into familiar shapes--letter, essay, memoir, short story, novel.

When I hosted a writing seminar for veterans in my rural community last summer, I hoped I would be able to encourage the six participants - all about my age - to achieve the same settling of things that matter into a comforting shape. I offered advice from my more than 35 years of teaching about shaping an argument, narrating an experience, describing a character. I explained, however, that the process would at times be challenging, roadblocks might occur, it was possible to veer off course. They, too, would have to hammer words into patterns, even if their fingers were just tapping a touchpad. Still, whatever the effort, their sense of personal and communal history would be strengthened, I predicted, their approach to the future made more clear, the sense of who they are and what they've done become more sure.

Though all achieved these ends, I will refer to only one individual: a military wife whose son lost a leg in Iraq. That admirable young man had recovered to the point of skiing, completing college, running marathons, helping other veterans, marrying, starting a family. So the story was not about him, but about his mother, who flew from Virginia to Germany to be with him immediately after he was wounded, who lived at Walter Reed as he went through rehab, who wrestled procedure, paperwork, and regulation for him long after he was released. She knew she had a story to tell: the trauma of a mother who almost lost her son.

That story is not done. She finished one fine chapter, drew up drafts of several more, and continues to work as her busy schedule allows. Her family has entered into the process, reading drafts of different sections, offering memories, encouraging her to get it all in, to get it all right. She laughs when she tells me the project may expand to a series of books, not just one, with many collaborators. She has been pleased at each stage of the process, satisfied at the growth she has found in herself and in others through the process of writing.

If my Underwood standard no longer has a function in producing documents, it serves as a key reminder to me of the solidity, the weight, and the staying power of experience put into words. Writing benefits the writer (in my friend's case, the writers) and readers. I encourage those who have carried the burden of service to produce products of their experience in words, coming to terms with and growing from traumatic events they have had to endure for their country.

Michael Lund, a retired professor of English, lives and writes in Virginia. He volunteers as an editor and writing instructor for the Veterans' PTSD Project. An Army correspondent in Vietnam, 1970-71, he is the author of a collection of short stories, How to Not Tell a War Story, and a novel series inspired by The Mother Road, including Growing up on Route 66 and Route 66 to Vietnam: A Draftee's Story.

Congressionally Mandated Study on Caregivers for Veterans with TBI

If you are a caregiver of a service member or veteran who served in OIF/OEF and returned with a moderate or severe TBI, you may be eligible to participate in a study requested by Congress. If you or someone you know may be interested, please call 1-855-821-1469 or email caregiver.study@dvbic.org.