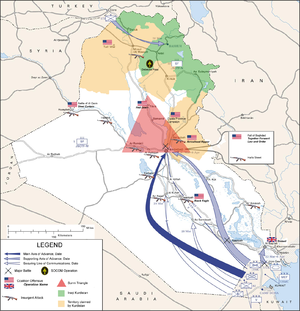 Image via Wikipedia
In the next 10 to 15 years the American public will see a sharp rise in veterans suffering from Post-Traumatic-Stress-Disorder, to the point of epidemic proportions. You see, never before in war have our troops been subjected to such prolonged exposure to combat and life threatening situations.

In World War II our troops were fighting a defined enemy while engaging real objectives with sufficient downtime in between engagements. Most of the troops to see combat were infantry soldiers fighting on a distinct front, not the ones "in the rear with the gear". With a real threat to our sovereignty and way of life soldiers of this era were less affected by the trauma of war.

The significant political interference of the Vietnam War generated little to no tangible objectives for our soldiers solidifying and branding their levels of anxiety and forever troubling their minds. Guerrilla warfare, an inherently cognitively damaging military action compounded the neuropathic damage experienced by our troops in Vietnam. Even with the troops having regular downtime in between engagements the cognitive fractures of these veterans were enhanced by more intense combat and the rejection of our returning soldiers. Now that being said, I know a guy that did 5 tours in Vietnam which was uncommon, most soldiers did their two years and the ones that survived went home.

The soldiers in the Iraqi war have been sent on multiple deployments with an average of two or three tours of duty with little time in between. While in Iraq, there are no friendly countries or areas to spend leave time to relieve stress. They are on constant alert and most, even non-combat soldiers, see combat or threats on a daily basis. Now combine this with the most intensive warfare possible, guerrilla warfare in an urban environment. We get troops that are overextended and overexposed to life threatening situations within unprecedented levels of combat.

Our troops in Iraq have no respite from danger, further entrenching the effects of PTSD through the hyper levels of neurotransmitters. This information should be the on the forefront of discussion and conversation in the news and in the public arena. This is what is not being said about whats going on with this war.

The reason we don't have 20,000 soldiers dead compared to the Vietnam War 5 years into the war? Our medical knowledge and technical experience gained from another unpopular war.

What we do have are veterans that would have died in the Vietnam War or World War II that are going home with their bodies and minds shattered. The amputation rates have risen to twice that of previous wars. What will be the result of such unmitigated multiple traumas that the Iraqi veterans will be facing?

Some of the current thinking have postulated the PTSD rates of this war to be in the range of 30-50%. Come on America WAKE UP! Your freedom is due to the sacrifice of our soldiers lives, both in mortality and the possibility of becoming a meaningful and productive human being.
By Scott Lee