Symptoms Appear Suddenly But Control You Over Time

My hands shook for the first time after an ambush on one of our convoys in 2003. I figured it was the adrenaline; but it didn’t go away. 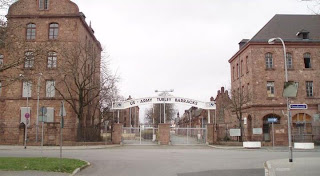 We came home to protesters outside the gates of Turley Barracks in Mannheim, Germany.

The next year, while serving in garrison, my friends made fun of me because I was always covered in sweat. Typically, I sweated the most when out in the city or in a confined area with lots of civilians. Maybe I was just fat?

We all drank. I drank my entire first deployment’s savings away. I’d wake up shaking uncontrollably and blacked out three-or-four nights a week.

I had never heard of “Post-Traumatic Stress Disorder.”

Add another deployment in 2005.

I went through withdrawals the first two weeks.

It was infinitely more luxurious with the hot chow and air-conditioned rooms. We were better at our jobs the second time around, too. But so were the bad guys.

I returned to Germany and finished up my four-year enlistment in 2006. 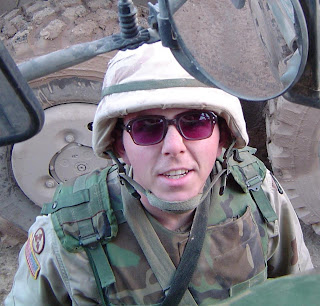 Sometimes, it took me an hour or more to get out of the bed. The dreams were so violent. I couldn’t imagine how a good person could dream up such horrible things. I shook everyday: in formation, before PT, when talking on the phone. Eventually, I isolated myself.

I passed barracks inspections with flying colors. My room was immaculate, the product of hours and hours of crawling around on all fours, picking lint out of the carpet, scrubbing the wall lockers with lemon-scented pledge, and meticulous spacing between the hangers on which my uniforms hung.

Maybe all those stupid rules taught in basic were invented by other soldiers with shaking hands. Maybe they were looking for some measure of control in the outside world because they couldn’t find it within themselves.

I decided to get treatment.

Travis L. Martin served two tours of duty in Iraq as a sergeant in the 51st Transportation Company. He holds an MA in English from Eastern Kentucky University, where he founded The Journal of Military Experience. Currently, he teaches and is a PhD student at the University of Kentucky. His research interests include trauma, autobiography, and war memoirs from the nineteenth and twentieth centuries.
By Scott Lee