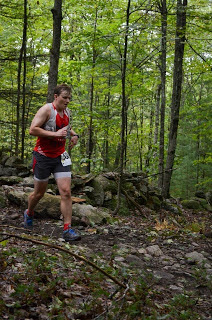 I was planning on delaying my second post for a few weeks, but I got the opportunity to support a good charity. This year I have purposely limited my schedule to spend more time advocating for veterans issues. I saw that my friend Mike Erwin (founder of Team Red White and Blue (TRWB) and psychology Instructor at West Point) was on a team of fundraisers and I wanted to contribute. The Ranger Run is a team of athletes that run a total of 565 miles in the month of February to raise money for veterans as well as awareness for veterans’ issues. TRWB has become so central to my own recovery and sense of pride. Without their emphasis on growth I have no idea where I would be right now.

In 2011 I was having a good year in the public eye, but not below the surface. My performance at my job would single me out for the U.S. Army ROTC Instructor of the Year, but I was hiding my problems. I used a full time job, a full load in graduate school, and a busy race schedule to avoid my own problems with PTSD. I became severely depressed, and began to have suicidal thoughts that overtime became an obsession. Only at this broken time in my life did I find the courage I needed to face my challenges. I had been exercising over four hours a day to manage the rage within me. I ran the Pineland Farms trail 50 miler and it broke me off something fierce. Yet I was so proud of the achievement. I found strength when I was broken. I began to realize that I had done nothing wrong, and was not morally or physically inferior because I had PTSD.

Overtime and after finishing more races, I found the courage to be more public about my own struggles with PTSD and mTBI. There is no Panacea for these conditions but TRWBs philosophy has changed my life. Do not get me wrong none of the symptoms of my medical conditions have alleviated, but I am happy. Like an Ultra Marathon I just keep pushing on with the Relentless Forward Progress necessary to grow with and not in spite of my medical conditions.

In November I had the chance to meet Mike Erwin in person at the JFK 50 miler and had one of the best runs of my life. After running a Western States 100 qualifier despite struggling through a series of Panic Attacks at the outset of the race I began to have the courage to be public with my story. I wrote my first public account of my struggles with PTSD on TRWB’s blog. Days afterward some my friends thanked me for telling my story and, even better, others who struggled with panic attacks thanked me for my frank account. All of my own struggles to find growth were now so much more tangible because they were helping other people. 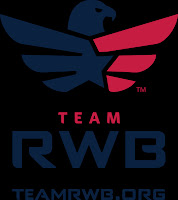 That’s TRWB’s philosophy. “Other People Matter. Period.” This Organization’s philosophy was better than therapy or treatment, and the running I was doing to manage my anger was now helping others. I proudly “Wear the Eagle” every chance I can. Trust me that you will never finish an Ultra Marathon if you focus on the whole event rather than taking one step at a time. TRWB is not just about healing but being proud of yourself and continuing to show the courage you have from the day you swore an oath to the Constitution. Its not about disability its about growth and pride. I am hooked this philosophy. Also it sponsors many more activities than 50 mile runs.

I know that not everyone can run races and that only crazy people like myself will ever try to run races longer than marathons, but it is so essential that we find ways to contribute to our communities. It is essential that we still place ourselves on teams dedicated to our value system. This who we are and why we joined the military, and when we stop doing this we lose key piece of ourselves. TRWB may not be the thing for you, but it has helped me so much. I only want to emphasize how much joining a team of veterans can help, and how fitness is “much cheaper than therapy.”
By Joe