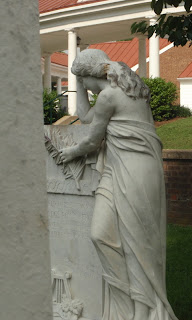 What took less than two seconds to get into, took us about 15 to 20 minutes to get out of. A paltry amount of time when you have all you need; but we had to be out in the front of our tanks to guide them into battle and being 20 minutes late to the show was not an option. In this moment the Intimacy of War took its hold upon my squad, we had already become one in body through training; now we would complete the process in mind and spirit. With the welling of emotions within and feeling of circling the drain of despair I had to release the emotive responses or be consumed by a downward spiral. I was to either succumb to the pressure or prevail in spirit over my mind and tune in to my surroundings in a way that I would fail miserably to describe.

Sgt T had to stand out of his hatch to give me directions to thread us back through our tracks we had laid down, without any deviance from the trail. Sgt T to me, “Straight, stop! Left back, stop. Right, back, stop. Forward left, stop!” I was driving blind as my thoughts went to a conversation we had the night before. I was complaining about driving for two days straight without sleep, and Sgt T says, “The only way your backup driver is going to drive is if you are dead! Got that soldier?” I welled with pride, that was high praise from a sergeant to his biggest pain in the ass soldier. At that moment, the implicit trust and respect for each other was expressed. I was then able to read the inflections in his voice, his marked tone indicating we were on the track in the sand. A moment of complete and utter faith that would carry over into our catching up with the VII Corp and leading the charge of Shock and Awe that would spill blood and fires across the sands.

I looked above as our Multiple Long Range Rocket systems hailed the night with eerily beautiful red streaks filling the sky across the horizons. Underneath the belly of the deadly mosaic red lines our Apache helicopters fired Hellfire missiles, snaking through the air seemingly without aim and at the last minute ministering vaporizing showers of demise. Beneath the Apaches our M1A’s Main Battle Tank were firing and hitting the enemy tanks with columns of erupting up to 100 feet in the air, turrets flipping end over end atop a jet of roiling plasma. Coming through the Multiple Long Range Rocket curtain of fire where our artillery rounds lobbing to find their targets; a core shaking boom, boom, boom resounding seeing what “fire for effect” means. A firecracker repetition of bursting bombs rending reality from some unlucky crews, I was in awe of our shock and awe.

May you never know the Intimacy of War; where I see my nightmares walk in the light of day. Bodies rendered, splayed and sprayed in showers of molten metal and steel; the first was a religious experience, the next several thousand were getting the job done. One hundred and ten degrees outside and 160-180 degrees roasting inside the belly of my Bradley Fighting Vehicle sitting next to a 600 hp Cummins turbo-charged diesel engine separated by a 3/16” steel plate. Broiling inside my body armor and a zip up full body fire retardant suit, and a chemical warfare suit commonly used in Germany during the winter to stay warm. For 172 hours straight that turn looks like it goes straight through hell. My hope in conveying to you my inner world is that you can glimpse the silhouette of my daemons and behold a rebirth of my passions. Surrendering or quitting was never an option; but we were trained be invincible and with the right support at times we where. But we were not trained to combat bringing home the fight we had left in us; we were not given the tools to successfully circumvent the pitfalls of of coming home. Combat PTSD and TBI can wrest away the capacity for intimacy; a grievous wound of war.

The intimacy of war can invade our hearts, minds and spirit if we cannot reconcile the past, the machinations of Shock and Awe can go beyond the halls of war too infect the walls of home. In combat we must thread a fluidity of boundaries between intimacy and camaraderie for it has forever changed how we think about closeness and our perceptions and expectations of our loved ones. We begin to compare the closeness of our squad, whom we shared the burden of war too weigh against our loves ones. If we are not cognizant of these changes in ourselves and perceptions of others, it may affect how we care for and expect others to care for us. The fluid boundaries of the Combat PTSD/TBI veteran can confuse the family and cause havoc. By educating the family on the why and how of mommy or daddy's mental wounds of war and providing the support we can mitigate many of the chronic problems that plague the Combat Veteran and their families.
By Scott Lee