Family, Friends and the Army 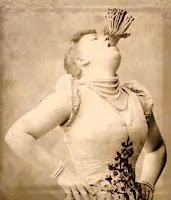 I woke up in a funky mood this morning. Stayed up too late again and so I begin my coffee drip through IV while writing this. Lot of thoughts rolling around this mind of mine last night and for the life of me, just could not clear it to go to sleep! I guess I was trying to think of a new post I could add here as nothing as been worthy enough around the house or with my husband to write something interesting about. So I decided a topic I haven't discussed is family, friends and the Army.

I get a lot of comments that family and friends just don't understand. I completely understand that and can empathize. I don't have much family left on my side at all, so I am not really having to worry about them as much as I should I guess. My side of the family went through the Vietnam War and my uncles all passed away due to Agent Orange related cancers. I don't remember them ever exhibiting signs of PTSD but do remember them as alcoholics for as long as I could remember them. One was heavily into prescription drugs and my dad used to complain about how that was the coward way out. It probably was, but after knowing what I know now, it could be possible that my uncles had some serious issues. I don't have any relatives on my mother's side and after she passed away, that was it.

My grandmother on my dad's side never made it past the 6th grade of school and married young. Had quite a few children which her world revolved around and from the hills of TN, she really didn't experience much as far as gaining worldly knowledge. Her world revolves now around who is sick, how she is the sickest of them all because she has the same thing you had, and what you had for supper. I love her, but I find her to be so sheltered within that Tennessee mountain life that such things as PTSD just means they are "crazier than an outhouse rat". That is after you can get her to past the four letter word, PTSD, which you must repeat incessantly.
When questioned about my husband and his issues, VA disability and so forth...it's suddenly like I am some circus freak standing on the stage alone and facing these onlookers who are shocked that I could say something like PTSD. I know portions of it is due to ignorance on the subject, but it embarrasses me. I suddenly get embarrassed for/of my husband, myself and well, let's just say we no longer talk about that subject. The question of "so is he just going crazy?" Uhhhhh no. I could rattle off a whole lot of terms and definitions, but they still look at it as being a mental case. It disappointed me so badly, that I don't go home very much to see whats left of my family because the ones who do, really don't know me that well nor do they even try to understand what I am going through. I feel guilty about being embarrassed and it shames me to even admit that I am....but I guess anyone having to deal with all this would feel the same way.

My husband's side of the family is in a totally different world of their own. We don't have much to do with any of them except maybe once a year at Christmas. You know, the whole "let's plaster a fake smile, give hugs and kisses and tell each other how much we love you" kind of deals. I walk away and think well, if you loved us so damn much why don't you call us other than at Christmas? My Mother in law doesn't fully comprehend my husband's issues and most of the time, thinks that its all me. She doesn't get why he does the things he does, nor does she help us with anything in regards to PTSD or TBI. I sometimes resent that because it is her son and she lives in this fairy tale world that one day he will "get over it".

Friends we have none left. Now sure I know plenty of active duty wives online which has been wonderful, but literally all my friends live inside my computer. Wow, Is that really hard to admit. What few friends we had as a couple have taken a run for the hills due to my husband and their lack of loyalty. I say that because had the situation been reversed, I can honestly say I would have stuck by my friend in her times of need regardless of her husband. I guess sometimes in life you just learn that some people still haven't learned the value of friendship or what loyalty means. We have a mutual friend together who has stuck by both of us, but really I don't have anyone I can just pick up the phone and say, "You know what? I want to run away and scream bloody damn murder and join the circus!". I don't know anyone near here at all that I could befriend that would understand besides the few I have met here online. Most of all, I don't have anyone to say "yeah I know...what time's the train leaving? Meet ya there."

The Army. (sigh) Now most of my soldiers in our unit know I am very outspoken about PTSD although they really look at me like I should not say things out loud. When at training opportunities sponsored by the Army, I sometimes challenge those who talk about PTSD by asking questions. Now I don't know if they just go to these things casually thinking that no one will ever ask or challenge their resources, but they sure as hell do a lot of back peddling. I know the Army is trying to push PTSD and TBI now a little more and they pretty much have to. With the rate of suicides and issues that have come out in the past such as the Ft. Hood incident, they have no choice but to focus on these topics. I just sometimes get frustrated because as an FRG leader and as a spouse, the resources given to me have not worked nor are they there for us to utilize. I can go up before my unit of 200 men and women and stress the importance of PTSD and TBI screenings, but all I get is this blank looks and you hear crickets in the background.

I don't get why the military placed such a stigma on our guys and then expect a few articles or a few resources is suddenly going to correct years and years of sweeping it under the rug. I want so badly to put my faith in the military and boy, do I ever bleed red, white and blue. Just sometimes Uncle Sam and the Army disappoints me so badly that I lose my faith and trust in both. It's a shame and now that I see more and more of the "new" Army trying to fix past mistakes, I think to myself, "can you ever go back and wipe the slate clean?". The VA has some good workers who care and, then you have some who don't. I know my husband mentioned to me one time he was embarrassed to admit he has PTSD and TBI. Why? Why should our veterans feel this way or be looked upon as if they are any minute, going to go insane and start shooting? Having a VA worker make a comment like "so you weren't injured, you just have mental problems?" Just? Must be nice to sit behind that desk of yours and make an assumption such as that when you haven't served nor seen anything traumatic. I hear remarks that are degrading such as that. Some like "so he couldn't hack being over there huh?" or "Man, I didn't have any problems when I came back home". These coming from two men who never had to carry their weapon, sat behind a desk in Kuwait and pushed papers all day. Well, I am sincerely happy for them and I make sure I tell them that. However, I am quick to remind them that even they aren't safe from PTSD symptoms and I know several who just got on the plane, never saw any action and still had problems.

I guess I am just rambling. Some days I feel really really isolated. It's probably because I live out here in the middle of cow pastures and mountains, but really alone in dealing with all this. It's so frustrating and hurtful when everywhere you turn thinking "they are family" or "she is my best friend" and they turn their back on you. When you go before the Army and have to fight to get help or plead that we need more resources and get told you need to go back and concentrate on baking cookies for an FRG bake sale, it's somewhat defeating. I remember when my husband re-upped and how proud he was to serve. I know he was saddened by the thought of leaving us for Iraq, but man did he go proudly. He didn't balk, or run out on the Army. I just wish sometimes the military would repay that favor in return.

I know we are in a category of our own as spouses of Combat PTSD veterans and some things will never change....but it doesn't mean we can't occasionally fuss about it right? I know that the VA Department of Veteran's Affairs has "re-tweeted" me, so they are reading what I write. Good, I hope they see that the system is failing us and that we are virtually alone. We are essentially segregated from the military, are families and our friends. I just want one day to stand and say "My husband has PTSD" without looks, maybe someone standing up and saying "mine too" and the Army says "Hey, I got your back". Not too much to ask for is it? Eh, it gives me something to go on when days are really yucky and that's all that matters.

Living Alone with PTSD and TBI,